The influence of clothing on human health and life

The researchers say clothing can affect our behavior and the decisions we make. He can also change our way of thinking, speaking, and also decides how other people perceive us. According to the saying: “How they see you, so they describe you” …

So definitely we should pay more attention to our outfit, the more so as it turns out that it also affects our behavior.

The influence of clothing on human health and life

The researchers say clothing can affect our behavior and the decisions we make. It can also change our way of thinking, speaking, and also decides how other people perceive us.
Finally: “As they see you, they describe you so much.” One thing is certain – we are evaluated at every step. It takes just a few seconds for the other person to form an opinion about us only on the basis of the appearance. Let us admit honestly. Each of us, certainly not once rated the other person solely on the basis of what he looks like. Some have made our attention, others quite the opposite. Is that why we should pay more attention to our outfits?

However, how does this affect our behavior? Let’s take a situation in everyday life: There is a weekend, that is, time off from work. You put on comfortable clothing and feel that you could be in bed all day long. After all, it was a tough week. You would like to watch the game or turn on your favorite series. And all day from the head. Blissful laziness! However, what will happen when you get up on Saturday morning and decide to dress in something more elegant or just put something in what you feel extremely comfortable? You start to feel greater satisfaction from what you look like and you would love to leave your home with friends. In my opinion, it depends to a large extent on who we associate the “attire” with and how much we associate with it. Only then can it affect our behavior because we associate it with something more. You can dress colorfully, just to associate it with a subculture. You can also dress colorfully, for example, our idol is worn like that. It is known that in both cases, this attire affects our behavior, although I think that when we associate it with “someone” our change in behavior is greater. How much clothing affects our behavior depends on how much we feel the bond with this style, with those on which we inspire. We like the changes, we like new things, we like to have it the way we want it, and not as we want it to. Therefore, when we meet one of the above-mentioned examples while dressing, we immediately respond with different moods. Choosing ‘the first better’ things in the wardrobe, after all, we do not do it by accident. Subconsciously, we will reach for our favorite dress or suit that we prefer. And it is these trifles that other people can notice in us. Remember that recognizing and developing a sentence about someone is only 7 seconds.

Summing up one sentence – nowadays the appearance is extremely important in interpersonal communication, and if you think otherwise – you are wrong (1) 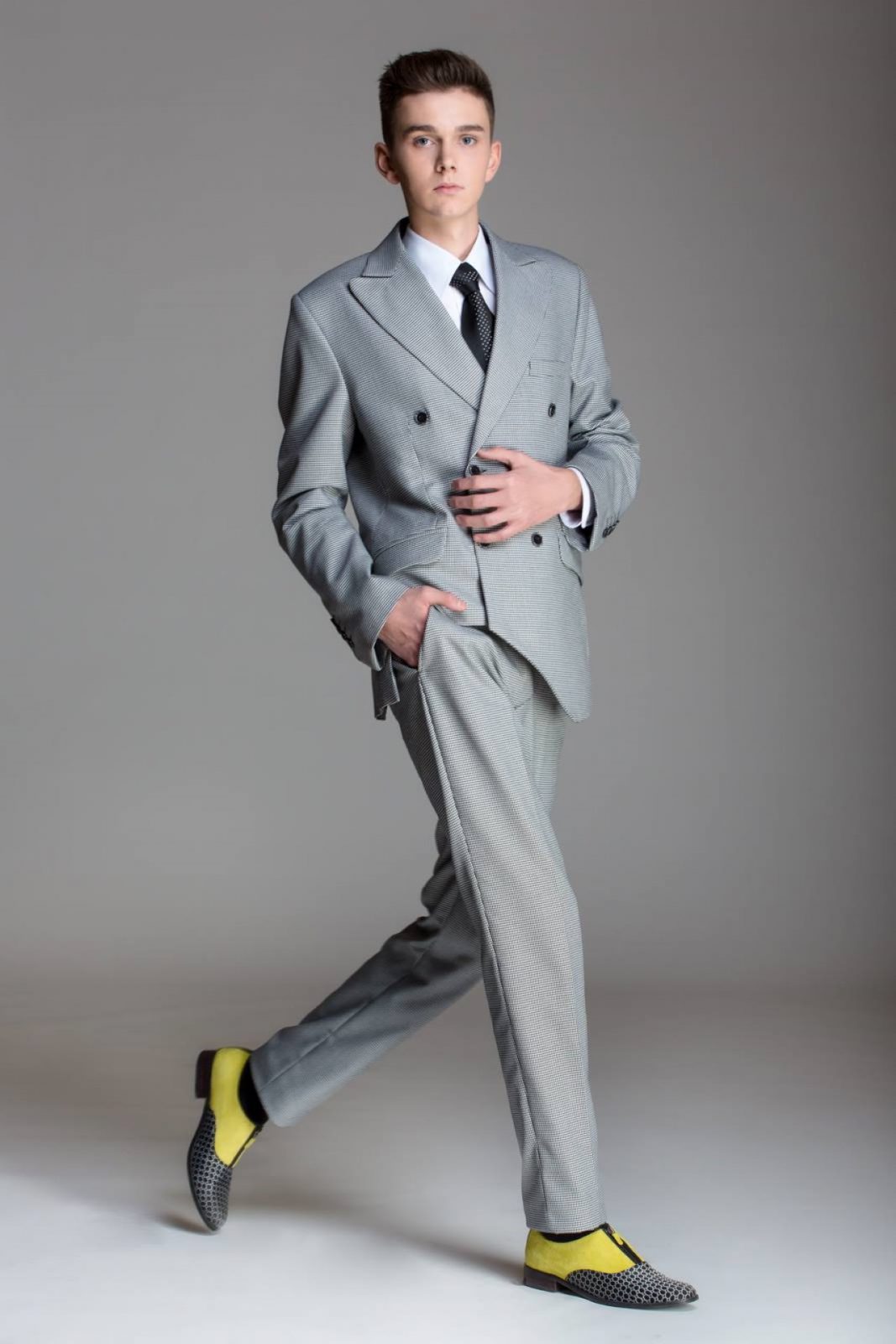 The influence of fashion on mental health

How the concept of “thin” is understood by the fashion industry, and as by people unrelated to the industry, are two different worlds. Although all evil can not be blamed only on the fashion world, it undoubtedly plays an important role in the way young girls, women and men perceive their own bodies. Anyway, times are changing – new laws forbidding work for models with an unhealthily low BMI, and street castings involving “ordinary” people show that people are hungry for “truth” like never before.

The fashion industry has always been on the line of fire when it comes to looking for a culinary disorder. Undoubtedly, ignorance and injustice is direct finger pointing only one factor in the matter of an extremely complicated disease. The world of fashion must, however, acknowledge that the vision he portrays has incredible power and affects both the audience and the models involved in this transmission. Young people are bombarded day after day with images that foster distorted perception of their own body and heighten self-harm. All this takes place also in advertising, film and music, which are equally responsible for the negative impact on young people, of which these industries should be aware. The sooner the better. Fashion is based on fantasies and desires – it should be so. A great fashion image is a beautiful and penetrating thing. I have several in my head that evoke very strong emotions in me, but in a good way and in a positive way. And this is what fashion should rely on – inspiration, not the development of complexes. Do not the images that view the whole world be beautiful and inspire positive vibrations? … The perception of thinness in the fashion industry is totally distorted. What most people see as “too thin” in modeling is considered normal.Every link in the industry – designers, casting agencies, modeling agencies and magazines – everyone could just take care of every model that works with them. But you can offer young men and women other authorities, you can show healthy bodies, encourage them to exercise, healthy eating and self-acceptance, and it may seem that we are still in a very bad place when it comes to the standards of beauty, But the changes for the better are starting to emerge A very positive step forward was the letter from British chief designer Vogue, Alexandra Shulman to the designers, asking them not to employ zero-size models, the face of fashion is really changing and street castings are becoming more and more popular for photo sessions. The vision of “real” people selling a product or not hand gathers followers among the post-internet public, covered every day with shiny and extravagant pictures. Perhaps they already have enough of this utopian illusion of the fashion world and would like to identify with models or models from photographs, they would rather see beautiful, but interesting and different people. People with character and … hips. Older models overshadow those young and teenage. Kate Moss earns more than 40 times, and Daria Werbowy is experiencing a prosperous career, already after 30 years. Models like Audrey Marnay and Kim Peers return to the fashion world, now as mothers with life experience. Women have enough photos of nameless flappers who barely left school. We want someone with character, someone who will represent us and inspire us, not someone who will drive us into complexes. In France, recently passed the law prohibiting the employment of models that have an unhealthy low BMI. In turn, if the photo is processed in Photoshop (whether it’s a model slimming or thickening), the magazine must mention it exactly. For the world of fashion it is a huge step forward. Of course, it was not without controversy – some say that this right is a big step back, but if we all bet and follow this path, it will have a positive impact on the models and then on the recipients. It seems to me that people got bored with the same, starving girls. A lot is changing, but even more can change – models should be icons of health and strength to which the world aspires, and we should be proud of them, not defend them (2) 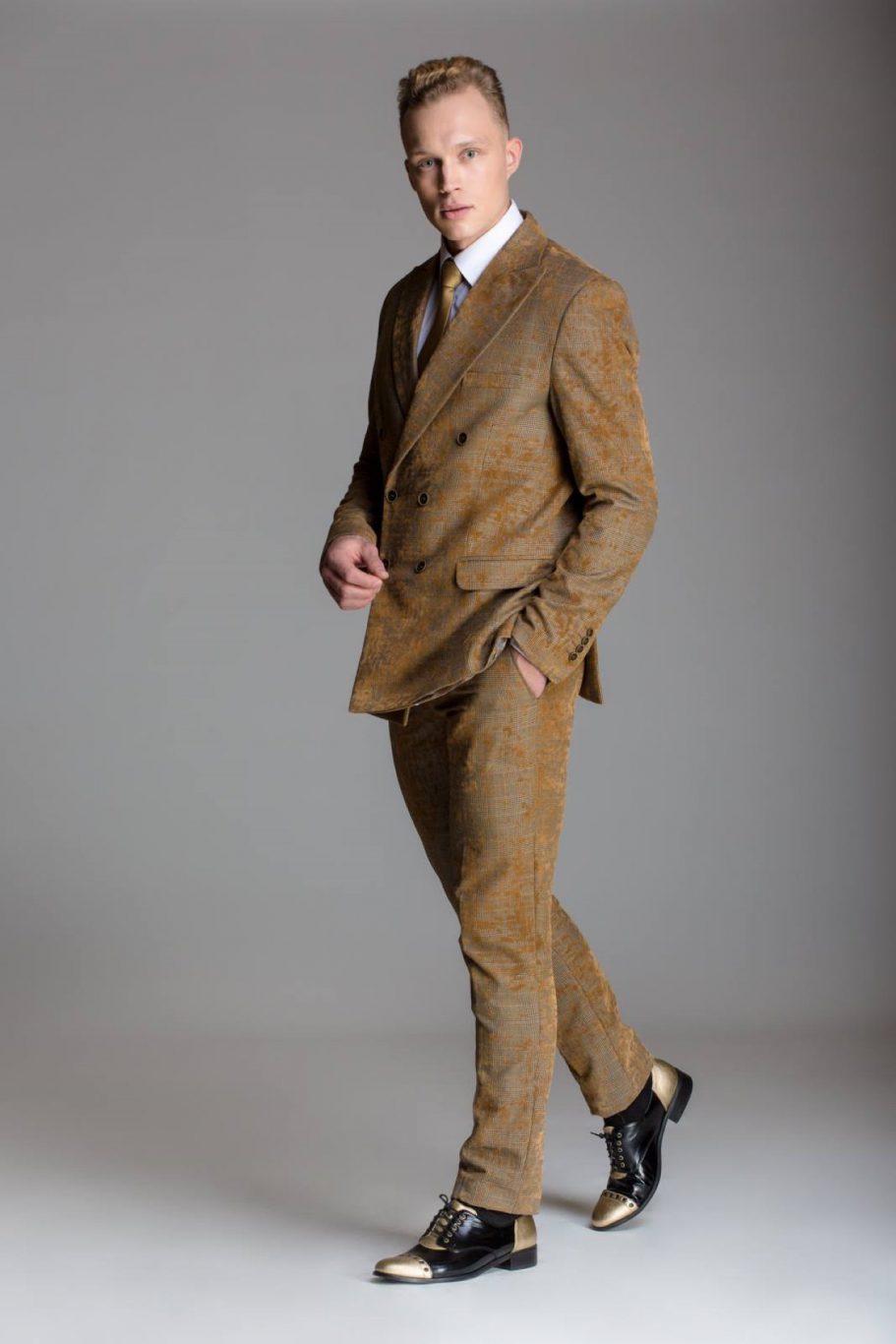 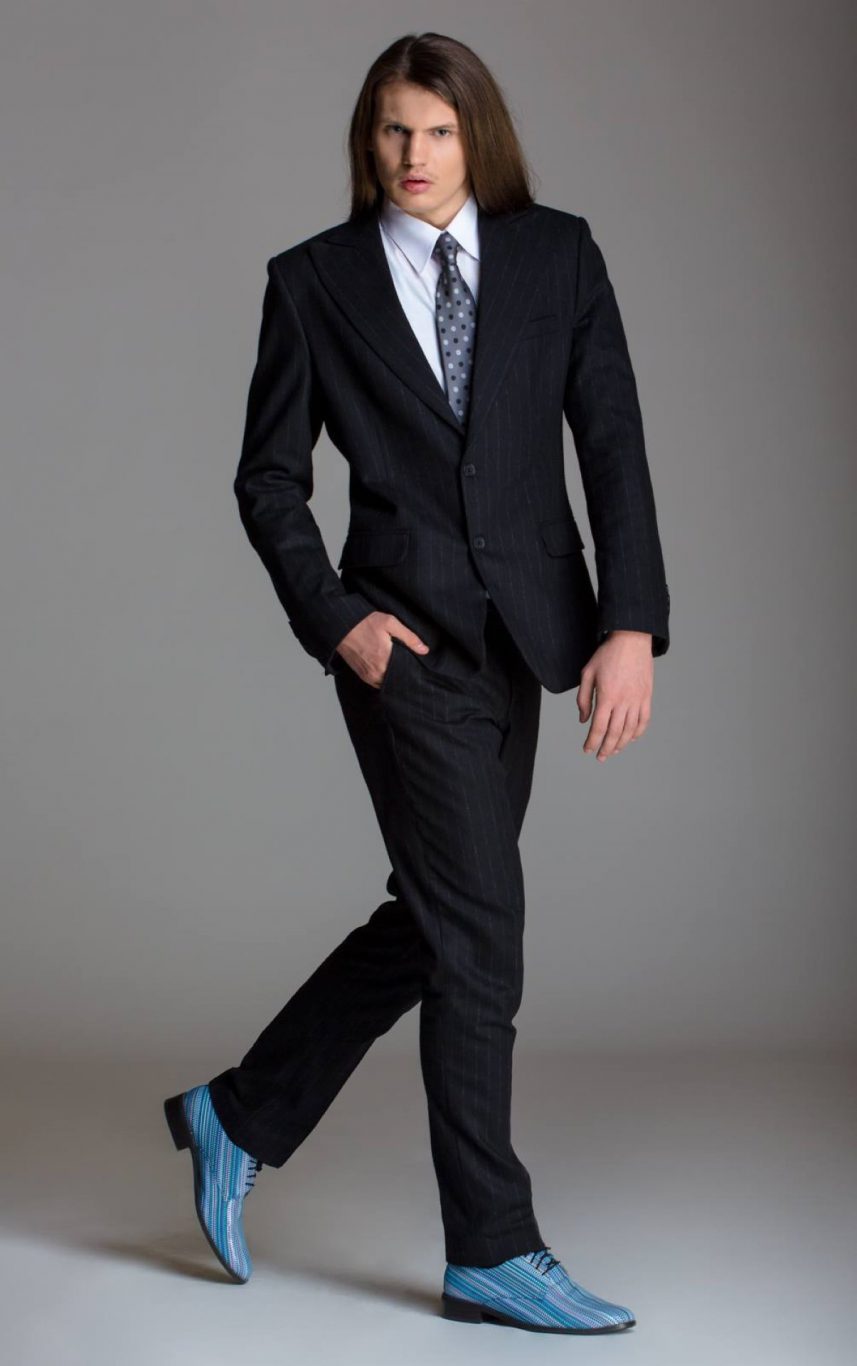 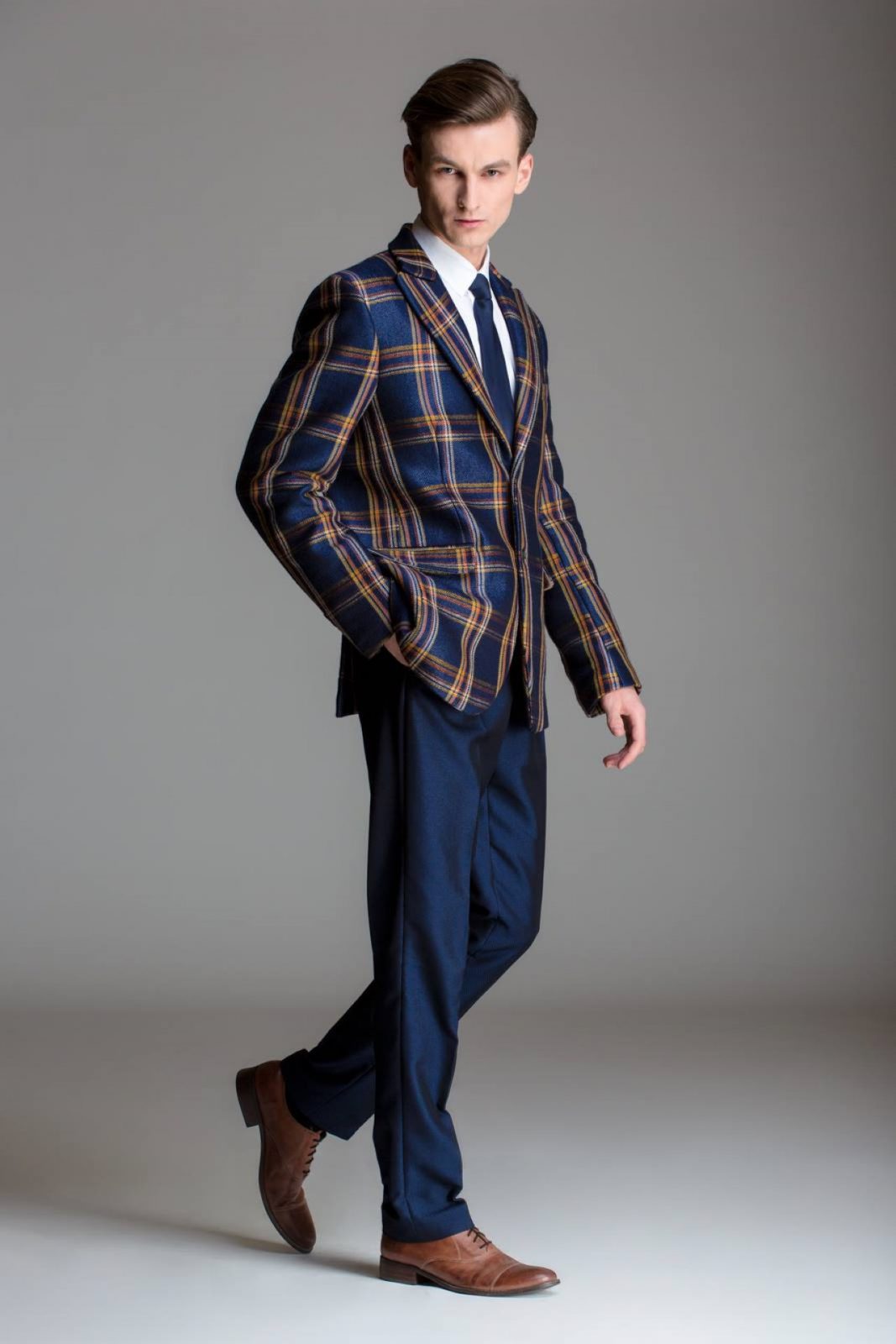 This site uses cookies to facilitate your shopping and develop our services. Do you agree to their use?OkPolityka prywatności